“Therefore I exhort first of all that supplications, prayers, intercessions and giving of thanks be made for all men, for kings and all who are in authority, that we may lead a quiet and peaceable life in all godliness and reverence” (1 Timothy 2:1,2).

In the previous instalment, K Schilder[i] showed that to pray ‘for all men’ (that is, for mankind, the human race) actually benefits the church. That is because the church is being gathered out of the whole human race and will one day form the new and complete human race on the new earth. Moreover, by praying for all men, we pray that God’s commandments will be kept throughout the earth. That not only promotes the honour of God’s name (the first table of the law) but also promotes a climate in which the second table of the law is kept, thus facilitating our church services and enabling church members to be active in daily life wherever the Lord has placed them. 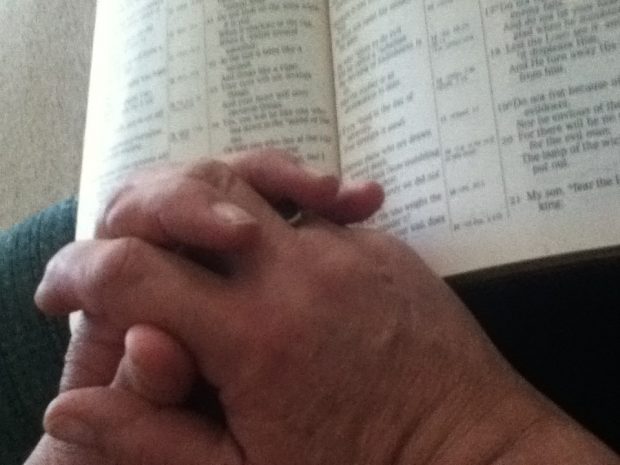 It’s for the benefit of the world

The Church Order says that Sundays the church should pray for the needs of all Christendom, but we must pray this also in the families, at schools and at our meetings. There, too, we must pray for these in authority. Such prayer is a medicine that cures a mass of ills and also prevents them.

Yes, the church is to pray for all people and in particular for the king and those in authority. And to those people who mock the authorities I say: where is your prayer for them? We pray, irrespective of who is in power, because we pray not for the person but because of the office he holds, the authority with which he is clothed.

If anyone had reason to tremble at the word ‘kings’ it was Paul. Throughout his life they had oppressed him. Yet Paul says, pray for the rulers. Even pray for Nero who will put me in chains and threaten me with the sword. Pray for Festus – who plays politics by favouring the Jews; pray that he may promote justice. Pray for Pontius Pilate who today dictates what is to be done; do not let go of him in your prayers. Pray for the generals who conquer nations and establish colonies. Yes, pray for mankind, for kings and all in authority.

If we are to be an effective salt and shining light we must again have the wellbeing of the world at heart. Just as David as a youth, when he attacked Goliath, had the well-being of the nation at heart, and just as Christ could not die before He had prayed for the soldiers, so too we will bring the authorities and all people before the Lord in prayer.

In the interests of God

Yes, such prayer benefits the church and it benefits the world, but it is also in the interests of God Himself. For Paul adds, “in order that we may lead a quiet and peaceable life in all Godliness and holiness”. We’re inclined to interpret this as meaning: we’ve got to pray for God to keep a rein on the government and the masses so that the church can live a quiet and peaceable life.

However, a peaceful life under the authorities is not the aim but the fruit of prayer. If the church – standing in the world – knows its place and task in carrying the needs of the world to God in prayer, then the Lord will give, as a fruit on the prayer, a quiet and peaceful life under the authorities. Then He will force the government to give a place for the church and blow away those who oppress the church.

No, the church must not pray for a quiet life. Then the church would be praying for herself. But if the church – irrespective of who is in authority, or of who is prime minister – prays for the authorities, then the church is anti-revolutionary. Then the church knows her position as priestess amongst mankind. Then she is priestess amongst covenant children in the sense that all mankind has its roots in paradise and therefore in the first covenant. As priestess she calls for the restored covenant to go to all – as many as the Lord shall call – so that the church can fulfil its covenant service and populate the paradise that God sees, at the time and hour appointed by Him.

And that is why I can say: the prayer of the church in the world is the concern of God Himself. It is to travel on from the day of Pentecost to the Day of days; to move forward from the Alpha to the Omega; to arrive ultimately at the youngest day.

This text does not say everyone will be saved, as the advocates of universal Christianity claim. But it does say: that which is saved is mankind, the new creation which God is gathering through the ages, also today. So this text cries out for God’s interests. For the Son must have His reward, that is: the total number of the elect. And therefore, the Spirit must be able to do its work, preparing the world for the new paradise. And thus God is active, not just in the small circle of church life but in the whole world as a place in which to apply the two tables of the law, as a terrain in which to spread the full gospel, wherein the grace of God makes the whole world stand in the service of the ongoing church and the glorification of the Son.

Antichristian spirits versus the Gospel

Why do we detest communism and fascism? Because these regimes exclude God as lawgiver and idolise themselves, whether as mass of people or as dictators. Because they ascribe to themselves a power which God has not given them. And they make the state a totalitarian regime which swallows up everything in life: family, school, associations, church. Yes, they only accept that which serves their notion of unity.

The spirits in the air will continue to exert influence on society and the tensions will continue. The church doesn’t have worldly strength or the sword with which to fight them. But it does have the power of the Word. And it has the power of prayer. Let us bind these powers on our hearts and let us not rest but labour, faithfully and purely, on the way to each next election and thereby on the way to the day of days.

For in the last days the masses and the governments will curse the church. Satan will be loosed and the antichrist will appear. And what will be left to the church won’t be much. Unburied corpses, scattered here and there, will be the only remnants left to the church. Until that time we have, say Paul and Christ, a bound Satan and a quiet and peaceful life under the authorities. And when that last period arrives in which Satan will be loosed, then the quiet life will be gone and also the peace, but the blessedness and godliness remain.

Therefore, let us pray for all men, for kings and all who are responsible for giving leadership, in order that we may run the race set before us and, ‘having done all, to stand’. And then, after a life which has placed over against the revolution the gospel, not just in words but also in prayer, may we receive the crown of righteousness. 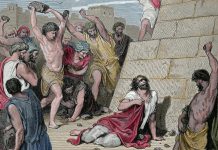 May we ask the Lord to forgive others?