“Therefore I exhort first of all that supplication, prayers, intercessions and giving of thanks be made for all men, for kings and all who are in authority, that we may lead a quiet and peaceable life in all godliness and reverence” (1 Timothy 2:1, 2).

Sunday after Sunday we are free to go to church, week after week we may engage in the various church activities, and night after night we may retire to the seclusion of our homes. Admittedly, there’s plenty of evil going on ‘out there’ – abortions, homosexuality, drugs, violence, sexual permissiveness, racketeering, you name it. Yep, standards are declining. But as long as ‘the world’ leaves us alone, as long as we’re not persecuted, as long as we can have our churches and schools and freedom to do what we think we should, we’re not too fazed about it. The government seems to be doing a reasonable job of running the country, so we should be pretty right till the next elections. Pray for mankind and those in government? Hardly necessary, is it? Don’t we already have a quiet and peaceable life?

However, Paul, speaking by the Holy Spirit, says such prayer is necessary. He exhorts us to pray for all men. That is, pray to God for mankind. Pray for all in 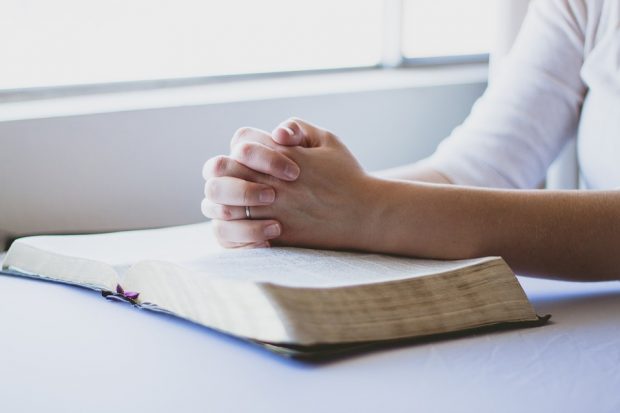 Why? Well, says Prof. K Schilder in a sermon on this text, to pray for mankind is in the interests of the church, the world, and God. Since the Word of God is always relevant, this text is as important for us today as it was then.

What follows is a summary of the first part of Schilder’s sermon.

Paul’s letter to Timothy has much to say about the position of men and women, servants and slaves, elders and deacons, church government and church discipline. But before Paul launches into all these church matters he stresses, as a matter of priority, the need for the church to pray for all men – right through to kings and rulers. This prayer needs to be so comprehensive that four names are used for it: supplications, prayers, intercessions, and thanksgiving.

Of course, this doesn’t mean that we only pray in generalities. Intercessions imply that we bring a specific matter, concern or person before God’s throne in prayer. We need to be concrete, to spell out the matter we bring to God’s attention. The same applies to thanksgiving. We don’t thank God in generalities but identify this or that. For example, we thank God for something that enables us to carry out our office in the service of God.

Paul is saying that such praying for mankind is first of all a church matter. It begins in the church services and extends into the houses and to private and ‘meetings’ prayers. All must give to prayer a high priority because if prayer disappears from the church, the church will stop being church.

The church can do much. It can put a stack of money on the table and say: that is for mission, and every church member can add his little stack to it. And if that pile of money is the most important part of our offering then the church can do a number of things with that money.

But if prayer is the most important part of our offering, of our thankfulness, then not the pile of money for mission but the prayers for all people will be central. That’s fortunate for the poor people who have no money to offer. They’d otherwise trail behind.

If prayer comes first, then the life of the church will be strengthened and fed by him who, whether he has children or money or not, can speak to God in prayer and uses that opportunity daily. Bless that man and woman, for they are able to fully participate in that most important part of our thankfulness. And bless Paul who gives them such an important function in the church.

If we had been asked to indicate a list of the most important matters to pray for we would probably have placed at the top of the list prayer for the minister, the poor, the mission and evangelism, for special church matters. Paul says No, the priority is not to pray first for the church, but for mankind. If the church first thinks of herself and does not concern herself with the needs of the world, she is in the process of becoming a sect. For the church which struggles in prayer only for herself, as if that was her ultimate goal, sees herself as a small group of people and makes the church a fragment of the world.

But the Bible says: the church is not a fragment of humanity but is actually the new creation. If you want to see the new mankind, the people of the new earth, then look at the church. That which falls outside the church before the return of Christ will later stop being part of that creation. When the Spirit of Pentecost goes through the world, it calls the church out of every tribe and nation. And it presents them to God and says: Lord, here is the new mankind. And that new creation, known unto God from eternity, is the complete bride, without spot or wrinkle.

So when the church prays for all people she says, Lord, You will gather the new mankind. We don’t know its borders because we don’t know Your secret will, but, Lord God, if You are going to gather Your church from all over the world, and use that as material for the new mankind, then we won’t focus on just a piece of the world but on the whole world and pray for all people. We are standing in the midst of the world and call out to that world that it is crooked and twisted and we pray for the matters of concern in the world.

As we know, there are two tables of the Law. The first table says how we should serve God, who is above the world, as Father. The second relates to how we have to act in relation to people around us. But woe to us if we separate the first table from the second. Our position is directed two ways, to God and to people. But it remains in both cases an earthly position because your only place to work, also in the service of God, is the world, the earth on which we stand in the midst of a crooked and perverse generation. That terrain on which we live is the terrain for keeping the commandments, also those of the first table of the Law.

That is why the world is of great importance for both tables of the Law. If the world is crooked then not only the second but also the first table of the law is affected. If language deteriorates, if thoughts are ruined, if deceit rules, or if the government annexes power which doesn’t belong to it, and one area of life opposes another, then it damages not only the second table of the law but also the first. Then the name of God is not honoured, and the worship services are attacked, and the possibility of serving God according to the first table of the law is threatened.

Therefore Paul says: pray for the world. For God calls us to serve Him in the entire terrain of the world. Then you can come and thank the Lord, then you can do your church work, then you can be active socially in the whole world, taking your place wherever you are responsible for it. It is for the benefit, the well-being, of the church that she prays for mankind.