“No one likes be made an object of ridicule. No one likes to be hated and attacked. People were made by God to live in communion and we instinctively seek that,” says Rev J Kroeze in a recent meditation on Hebrews 10:32-39. But after our fall into sin, and the misery we brought upon ourselves, God brought separation, creating “a people for Himself”. Rev Kroeze continues as follows:

Now there are two communities, those who take pleasure in unrighteousness (Rom 1:32) and those who take pleasure in righteousness and holiness, and the one stands against the other. The people of God stand against sin and darkness and the people of the dominion of darkness against righteousness and holiness. Therefore, there is attack from both sides. However, the motivation is completely different. The reason God’s people stand against the sin of the world is to turn them from it so that their lives may be saved on the Day of Judgement. The reason the world stands against holiness and righteousness is that it is an accusation against their way of life and a condemnation of it (2 Cor 2:14-16). Since Cain this battle has raged.

When the people of light are in the minority then the battle goes against them. When they are in the majority they win. At least that is what it seems like. However, true believers have mostly been in the minority, but have won many a battle. It is only when they become spiritually weak that the battle goes against them, and that has happened in the Western world. Materialism has gnawed away at our soul. The attractions of the world have proven to be too strong because as a whole we have taken our eyes off God. That was happening to the Hebrews, the addressees of this letter too. Taking your eyes off God leads to the attractions of this world becoming more important and weakens our resolve when we are under attack. It makes it more likely that we will attempt to evade the scorn and ridicule of the world by capitulating to their demands for we value our life here more than the life to come, under the false belief that it is better to have a bird in the hand than two in the bush.

The writer of this letter wants to urge the believers on. Don’t turn back to where you came from. Don’t forget the difficulties that you have already overcome. Don’t waste all the suffering which you have endured already individually and in community with others. The Lord is returning. Hang in there until then and you will receive your reward. When the writer of this letter says that the Lord’s soul has no pleasure in those who shrink back he means that they will be rejected by the Lord and will share in the condemnation of those who reject Him. However, he has not given up on these weak Christians. He continues to identify with them and he continues to drag them along with him.

We, he says, do not belong to that group. We belong to the group that holds firm, patiently enduring mockery and rejection, and so save our souls and receive the promises. The suffering is soon past and an eternity is coming. The reward is worth it, but will only be attained by those who firmly fix their eyes on the Lord and are willing to let go of everything that pertains to this life to attain to the one to come. The kingdom of God is like a pearl of great price which a man sold everything he had to purchase. Let us so value God’s kingdom, for truly it is of great price.

(Rev J Kroeze is minister of the Word in the FRC Legana. This meditation is from Kings Bridge, Vol. 22 No. 17, 1st October 2017, and is republished here with his permission.) 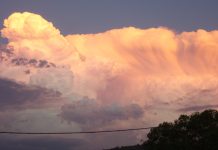