Last time, we noted the five major themes of rock music (rebellion, sex, violence, nihilism, and the occult). We also observed that the musical style (not just the words) played an essential part in communicating the message of rock. Now I want to examine the origins of rock music. What kind of worldview conduced it?

After Adam sinned, God placed enmity between the seed of the serpent and the seed of the woman (Gen. 3: 15). And so, after the fall, two types of people existed: the children of Satan and the children of God. The former group was characterised by idol worship and paganism. The latter had heard and accepted the gospel. Unsurprisingly, it can be seen throughout the centuries that these distinct groups had different music that reflected their respective worldviews. For example, when the gospel caused reformation in western Europe, it directly impacted culture, including art and music. Rev C Bouwman writes about this and says, “This approach of faith to life resulted in a form of music that communicated peace and contentment with life, that communicated the conviction that life made sense […] In Europe, the result was a style of music in which rhythm was balanced with melody to make a harmonious whole, reflecting something of the harmony God restored to life in Jesus Christ.”1 In contrast, the music of the unregenerate natives in Africa and elsewhere had little melody or harmony but was dominated by beat and volume. This kind of music is suited to a worldview that centres around anger, frustration, futility, and sin. It does not express peace, gentleness, self-control, and faith in God’s promises.

However, ever since the so-called Enlightenment, Christianity has been declining in western society. Especially in the 20th century, which saw enormous scientific and technological advancements, man thought he no longer needed God because he supposed he could explain everything with science (such as the origin of man and the universe). So naturally, pessimism and uncertainty took over. People were no longer at peace because they had tried to eliminate God. This new worldview was also reflected in the arts, including music, where chaos and anger became dominant themes (think of modern art). And as society discarded God’s Word, it also turned back to pagan music.

That music was rock.

Since ancient times, pagans have used drums to get hypnotised and communicate with their gods. The Inuit Eskimos, for example, had the practice of drum dancing, a spiritual ceremony that was later banned by missionaries as idolatry. Similarly, native Americans, Africans, and Indonesians, all used drums to converse with the underworld. Perhaps this is why rock music, with its heavy beat, lends itself so well to occultism. The trances created by the drums can lead people to different states of consciousness, where they experience strange things and are susceptible to the influences of Satan.

In any case, it is a historical fact that rock and roll has its roots in the music of pagan tribes in Africa. Between the late 1500s and early 1800s, America transported Africans over as slaves. Naturally, the black slaves brought their music with them. It is essential to realise that their music was not simply a mode of entertainment but was an integral part of their religion – a religion of idolatry. Gradually, their music evolved into a style called rhythm and blues. As racial segregation in America diminished, the separate black and white musical traditions also started to merge. This opened the way for artists such as Elvis Presley to pioneer rock music (which was directly inspired by rhythm and blues) as a socially acceptable music style for white Americans.

Whether the music is black or white is irrelevant, but the important thing is that the style is essentially the same as the pagan jungle music from Africa. And several rock artists of the last century still see their music as something spiritual, a way of communicating with the spirit world.

Thus the similarity between pagan African music and rock ‘n’ roll has not at all disappeared.

Some rock critics refuse to draw the connection between the music and its historical origins. They see it as racist to condemn rock for its roots in the jungles of Africa. However, many rock musicians themselves view their music in that light. So it would be foolish to pretend the link doesn’t exist. But more importantly, these writers miss the point. The distinction does not lie between black and white music but between Christian and heathen music. For when we examine the history of music, we discover that classical music was produced by a Christian society while music dominated by beat and volume originated from pagan cultures. And now we see that as our once-Christian society moves away from God, it again embraces heathen music.

Thus far I argued that, historically, rock (or its precursors) originated from a godless worldview. But what about today? Surely only a handful of contemporary rock musicians are into spiritism? Perhaps that is true. Despite the rise of a neo-pagan western world, it may well be that a majority of rock musicians have little to do with the occult or spiritism. Yet, if my premise is correct (that the stylistic message of rock music centres around anger and hopelessness), rock doesn’t have to originate from an ancient pagan worldview. It might as well proceed from a modern worldview in which God doesn’t exist, for we are the result of a big bang and millions of years of evolution, and therefore nothing matters. Someone with such a worldview, as well, lives in darkness and despair.

And that is exactly the kind of worldview held by many rock musicians. Since nothing matters, they can swear, drink, smoke marijuana, sleep around – anything. There is no God to whom they are accountable.

For example, “Money for Nothing”, a song by the rock band Dire Straits, speaks about the appeal of the rock lifestyle. It is about someone who laments the fact that he never became a rock musician. While he has to work hard installing microwaves, kitchens, and refrigerators, he sees a rock star who’s a millionaire but doesn’t have to work for his money at all. All he has to do is play guitar. Looking back, he says, “I shoulda learned to play the guitar / I shoulda learned to play the drums” because “That ain’t working, that’s the way you do it / Get your money for nothin’, get your chicks for free.” The phrases “Money for nothing” and “chicks for free” recur throughout the song.

This song summarises the rock lifestyle and its appeal well: money and sex. In fact, many rockers are attracted to the music simply for the sake of the licentious lifestyle.

Drummer Steve Smith observed, “The strange thing for me is that jazz and classical musicians are respected for their technical prowess, but rock stars are known for how many women they can take home or how much drugs they can consume.”10

So that is the kind of lifestyle in which rock thrives – a life of sin, a life without God. It should not surprise us then if rock music is filled with despair. Sin does not result in happiness.

Consider the sad story of Elvis Presley’s life and the effect of this kind of lifestyle (I quote from Why Knock Rock):

“Swallowed up by his own phenomenal success until there was nothing left of the real Presley, he began to retreat physically from reality, through drugs. It is not known precisely when he became addicted, but in the last five years before his death, Presley was in a constant drug-induced state, swallowing a rainbow of pills. His drastic efforts to control his weight, while at the same time binging on mountains of junk food, caused dramatic physical deterioration. During that time he was hospitalised at least five times. Then, in August 1977, paramedics were called to the Presley mansion to find him face down on his bathroom floor, dead for perhaps an hour or more. The official cause of death was heart failure, but the coroner’s report states that at the time of his death, Presley’s body contained 14 different drugs. Incredibly, this was not an unusual amount of drugs for him to have ingested. Following Presley’s death, it was discovered he had purchased over 10,000 stimulants, sedatives, and pain-killers in the 20 months before his death.”11

This is not at all an uncommon end to the life of a rock star. Sin destroys.

So whether a rock musician is a modern atheist or a neo-pagan spiritist doesn’t change anything. They can both use the rock medium to communicate their life apart from God, their intemperance, and their anger and despair because of it.

Jesus, while warning against false teachers, said, “You will know them by their fruits. Do men gather grapes from thornbushes or figs from thistles? Even so, every good tree bears good fruit, but a bad tree bears bad fruit. A good tree cannot bear bad fruit, nor can a bad tree bear good fruit. Every tree that does not bear good fruit is cut down and thrown into the fire. Therefore by their fruits you will know them” (Matthew 7:16-20).

Jesus’ words refer to individuals, but it can just as well be applied to a culture in general. If a society rejects God, we cannot expect it to produce God-honouring music. Likewise, if a musician is a hedonist, a fornicator, an alcoholic and a drug addict (which the vast majority of rock musicians are), we cannot expect him to sing good music. Why not? Because “out of the abundance of the heart his mouth speaks” (Luke 6:45).

(I hope to deal with Contemporary Christian Music in a subsequent article.) 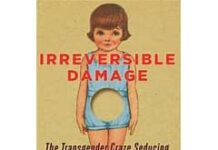 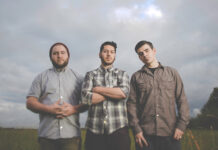 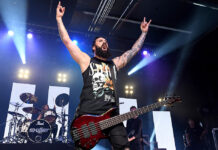 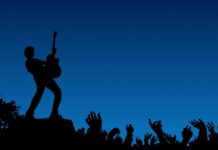