East and west are relative terms. Hence, when we read that the wise men, those magi, came from the east they came from east of Bethlehem. They’d come all the way from the area of present-day Iraq and gave their costly gifts—gold, incense, myrrh—to the King of kings, the Lord Jesus Christ, the ‘Word become flesh’. Today the account of what happened is considered an outdated fable but it’s neither outdated nor a fable. Indeed, Christ’s coming to earth stands at the centre of world history and has eternal significance—eternal life or eternal death—for everyone! To arrive at that priceless Gift those magi were first lured by the Word of God in nature, then led by the Word of God in Scripture, in order finally to kneel before the Word of God in the flesh.[I]

Lured by God’s Word in nature

God’s love lured the wise men from the east by the Word of God in nature. They came from the old paradise land – Mesopotamia, an area around the Euphrates and Tigris rivers. God lured them from the land of the first Adam to the town of the second Adam.

What kind of men were these magi? Their area of expertise was to study the stars. But above the stars is God who created the vast heavens and governs the movement of the stars. It was 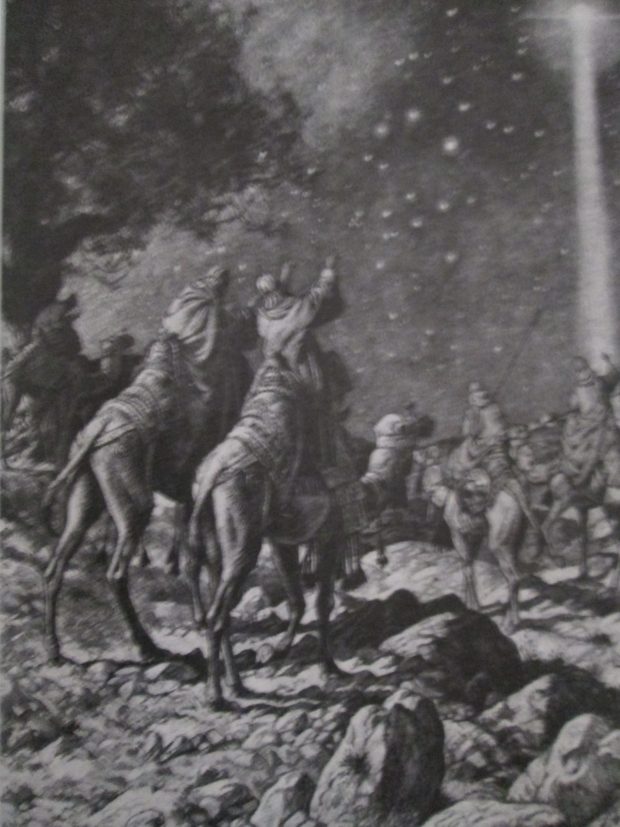 He who used a phenomenon in nature, a ray of starlight, to penetrate the pagan darkness of their life and lure those magi to the birth of Christ.

To be sure, it was possible—indeed likely—that they had other sources of information that gave weight to this revelation in nature. Years ago, Abraham’s descendants had been in exile in their country, Babylon, and had passed on their expectation of the Messiah. Nor had these people in the east forgotten Daniel who once stood at the head of the wise men of the east, of the Babylonian magi. He too had prophesied of the coming Messiah.

So it was that as stargazers they had reason to expect, sooner or later, a star. It was part of their heathen belief system. If that great King of whom the Israelite exiles, including Daniel, had spoken was coming, it followed that when He came it must be announced by the stars. That was, in the belief system of those magi, only natural.

Of course, we know that their belief system was wrong. Yet, God now chose to lure them through their own star-gazing, speaking to them in their ‘own’ language, their own belief system. He gave them, for this unique occasion, a sign which they themselves invented.

Led by God’s Word in Scripture

But one must come from God’s word in nature to God’s word in Scripture in order to make progress. Yet when the star had led the magi to Jerusalem, where scribes studied Scripture, they found the people of Israel asleep to the miracle of the Messiah’s birth. Nevertheless, when Herod consults the scribes, they can tell him that when the Messiah comes He will be born in Bethlehem. The prophecy of Micah is clear on that.

Do these scribes and Herod then accompany the magi to Bethlehem to worship the long-awaited Messiah, the great Redeemer generations of Israelites had looked forward to? No! The scribes go home, and Herod remains in his palace.

But God’s love now leads the magi to their goal by His Word. Nature has done its duty in this regard. They have been lured by God’s word in nature and have been brought further by God’s word in Scripture. The scribes have pointed to the prophecy of where the Christ is to be born. Once they head to Bethlehem, the star appears again, but that star is now subservient to Scripture. First the star had led them to see the fulfilment of the age-old prophecy. Now the prophecy leads them back to the star. God holds onto them. His Word has become to them the truth. Daniel’s word has been further explained by Micha’s prophecy.

Kneeling before the Word of God in the flesh

A lot of people today follow the stars – film-stars, sports-stars, economic stars, science stars. And these ‘stars’ revel in own achievement, in own wisdom, and in the adulation of people. There are also royalty stars, and after their birth they are presented to the people in the magnificence and splendour of their surroundings and royal position. And perhaps the earlier expectations of the magi were to find a King displayed in similar splendour and widespread adoration.

But the magi now throw all such expectations aside. They have come to know a great morning star, the Messiah, born not in a palace but in a stall in a little town whose only claim to fame is a bible text: thus says God’s Word. And that Word of God points to humiliation as a condition for glory; to being brought low before being exalted.

As Scripture removes piece by piece the finery of the Messiah image of the magi there remains in reality, and according to prophecy (Isaiah), a king whose only way of light is the way of being despised and rejected, of carrying the curse of God; a perfectly righteous King who will submit willingly to being led on the way of the cross. Only from the night of darkness will the star of Jacob arise, says the Lord the almighty.

And so the magi kneel before this child wrapped in swaddling clothes, lying in a manger, in a cattle stall. The Child, the Messiah—surrounded by all the poverty and humiliation and degradation associated by His birthplace—is here worshipped and adored by the magi. Him, the Word become flesh, they worship and they present to Him their costly gifts.

For this is the King who establishes an eternal kingdom and paves the way for all who believe in Him to share in that kingdom with all its wondrous blessings. This King is the light of the world; true God and yet true man; the One who reconciles us to the Father, removing the curse that we brought upon ourselves by our sins.

People do not mind being lured, enticed. But they don’t want to be led. For to be led requires respect and loss of autonomy. Yet Christ willingly subjected himself to being led on the path of humiliation and shame and bitter death on the cross for all those whom the Father has given him.

Don’t be governed by nature but by God’s Word. The magi only had vague information and a vague expectation. The star did not lead them to the messiah without the Scripture.

Nor be governed by studying texts in isolation. The scribes had Scripture. With magnifying glass they studied the parchments. What would that say: an ‘a’ or a ‘b’? A comma or a full stop? But with all their focus on particulars, they did not find the king.

Focus on both the big line and the detail.

There is a speaking of God in nature – that is much. There is a speaking of God in His word – that is more. It directs us to kneel before God’s Word in the flesh: that is most of all. How beautiful is the kneeling of the magi before God’s Word in the flesh. Falling down before the Child they worshipped him. True, they haven’t yet understood it all. The full gospel is yet to spread out to the heathens with their astrology and other false belief systems. Yet it pleased God on this special occasion to bring them through their study of nature to the Word of God in Scripture. Thereby they have come to worship the Word become flesh. They worshipped, and now we—who have the complete Word of God—worship and adore Him, the Word become flesh.

[i] Parts of this meditation are loosely based on a (1920) sermon by the then 30-year old Rev Klaas Schilder. The sermon was published later in Om Woord en Kerk, Oosterbaan & Le Cointre, Goes, 1948, p.20ff. 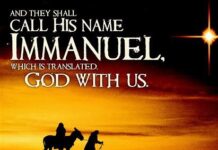