What intrigued me about the front cover of this 150-page paper-back[i] was not just the photo of a Wellington bomber, nor the caption’s promise of reading about the experiences of the writer as a pilot in the Royal Air Force during the Second World War, but the claim that it would provide an analysis and solution of the problems of our time. And although the book was published 23 years ago, and some things may have changed, the blurb was enough to whet my appetite: an exciting war story by a bomber pilot who was also going to give an insight and response to today’s problems!

The writer devotes the first half of the book to his remarkable survival as a bomber pilot during the war. As anyone who has read about RAF bomber crews during WW2 knows, few fliers lived long to tell about their experiences. Yet Morgan flew bombers right through the war and, although his plane was frequently hit, it invariably returned. At a time when the average number of bombing runs for any crew member could be counted on the fingers of both hands, and when sometimes entire squadrons never returned from a bombing run, it was miraculous that the writer survived the entire war. As Morgan replied to those who said he was lucky: “There is no more possibility that my survival was a matter of chance, than it is possible for anyone to take a dice and throw fifty sixes in a row.” Morgan concluded:

“There is only one possible explanation, and that is, survival for any under the circumstances of those years can only be ascribed to the undisclosed purposes of Divine Providence. For that reason, I took up the study of Christian theology. For that reason I have put pen to paper in an attempt to answer the other questions I have raised.”

Those ‘other questions’ are dealt with in the second half of the book and relate to how the world has come to be the place we experience it to be today. Some of this is material we are familiar with already: the decline of the British Empire, and the de-Christianisation of Western Societies leading to a moral decline all around us. Interesting and beneficial, but nothing really new there, I expect, for most Defence of the Truth readers.

What is particularly intriguing, however, is his reference to the way the Australian Constitution has been undermined and reinterpreted by the High Court and the influence of the United Nations Organisation (UNO). Morgan shows how we can make laws at the local, state and federal levels of government but, if the UNO decides differently, the UNO decision will determine what the federal government decides and will over-rule state and local decisions.

“By its use of the ‘External Affairs’ power under Section 51 of the Constitution as interpreted by the High Court in recent times, the Commonwealth may now, by passing legislation pursuant to the adoption of any United Nations Treaty, supersede and overrule any State law, including criminal, civil, statutory and common law. It can do away with the power of States to manage their own crown lands, grants of land and existing titles. Under this interpretation of the Constitution there is no State right or law that cannot be overthrown.

Committees of the United Nations may deliberate on overtures initiated by individual nations and pressure groups, such as Greenpeace, and Conservationist Groups in natural resources such as fishing, forestry etc. and also overtures from Human Rights and Homosexual Lobby Groups contrary to Christian moral principles, out of which United Nations Committees may issue their prescriptions.”

Morgan illustrates this with references to two incidents in Tasmania: The Franklin River hydro-dam and homosexual legislation. The Franklin (or Gordon) River scheme involved building a dam in the South West of Tasmania that would have provided clean electricity to much of the state. Conservationists lobbied the UNO which decided to heritage list the Franklin River area. This led the federal government to legislate and over-rule the decision of the Tasmanian government with the result that the Franklin River dam was never built.

Something similar happened in relation to the state’s anti-homosexual legislation. Tasmania had a law against the practice of sodomy. When pressure groups lobbied the UNO about it the UNO condemned the Tasmanian law with the result that the Australian federal government, through its ‘external affairs’ power, over-ruled the Tasmanian law. “In both cases of the Franklin River and the Tasmanian homosexual law … the action was initiated by lobby groups in the United Nations Committees.”

We may be inclined, given the UNO’s inability to resolve wars in many regions of the world, to dismiss the influence of the UNO but Morgan’s book illustrates just how invasive UNO decisions really are and why ideological groups work hard to have a ‘voice’ in the UNO.

If you thought that Section 116 of the Australian Constitution—which affirms that the Commonwealth may not legislate with regard to religion—somehow safeguards our ability to worship and maintain our Christian institutions, forget it. Morgan points to the words of Sir Harry Gibbs, Chief Justice of the High Court 1981-1987, who said: “Legally it might be said that Australia is no longer a federation. There is literally no field of activity in which the Commonwealth cannot legislate, if it enters into an appropriate treaty.” Australia establish such a treaty with the UNO when it established its Human Rights and Equal Opportunities act (HR&EOC Act 1986) in conformity with the “UN Declaration for the Elimination of all Forms of Intolerance and Discrimination Based on Religious belief 1981”.

The picture that emerges from Morgan’s information is that we can make all sorts of laws through lawfully elected representatives but that such laws, if they contravene UNO rulings, can be annulled by a federal government which has tied itself to the apron strings of the UNO. Bit by bit the Christian morals and long established civil and religious liberties are subjected to treaties made with the UNO. This is facilitated by the High Court which, instead of sticking to the letter of the law (that which is explicitly stated), focuses on what it believes the law implies and then draws inferences that are in harmony with UNO positions. In effect, therefore, we see the emergence of a one-world-government dictating the terms of its own ideological agenda to the rest of the world.

Revelation 17 and the UNO

One is reminded of what Prof B Holwerda said way back in 1950. Explaining the meaning of the beast in Revelation 17 he outlined how the seven heads of the beast represented seven successive world empires. With references to Daniel and Revelation he showed how six of those world empires had come and gone and that, despite attempts by Napoleon, Hitler and others, no world empire had yet managed to emerge since the Roman Empire. However, he said Revelation 17 prophecies the emergence of yet one more such world empire and he saw signs of such a world empire emerging through the UNO. It would appear that Holwerda’s predictions are increasingly becoming reality. In these developments, too, we may see the footsteps of the Lord as he presses world history on to its climax: the Return of our Lord Jesus Christ.

During WW2 many, like Morgan, risked their lives to fight the evil of an immoral totalitarian dictatorship which threatened to compromise our ability to serve the Lord freely and publicly. Ironically, such a dictatorship looms threateningly close today. Having won the war it appears that we are losing the peace.

Truth determined by experience instead of the Bible

Finally, Morgan also comments about the divisions and decline in “the Christian church”. Whilst one might disagree with some of his remarks, one cannot but concur with his observations about the inroads of experiential preaching which “is directed to the emotions and feelings of the hearer, so that the test of truth is whether or not it works out in experience”. This, he says, is particularly characteristic of today’s evangelicals who focus on emotional responses and feelings at the expense of Biblical truth and who adopt contemporary forms of worship. He points also to the effects of liberal theology which “mythologises the doctrine of the creation, and the fall of man, the flood in Noah’s time, the lives of the patriarchs and the giving of the law on Mt Sinai”. It is an attempt, he says, to reconcile the Bible with atheistic philosophy. Hence both church and state are in decline, reinterpreting the law to suit changing views and applications. The solution, of course, is for churches to return to the faithful preaching of the Word.

It is comforting to know that world history, as well as the hearts of kings and other authorities, are in God’s hands. At the same time, God calls us to serve Him in all we do. Morgan’s book, too, spurs us to exploit opportunities to serve Christ wherever we may be, to test the spirits continually and to witness of the true confession wherever we can.

We could add that it is to honour God in our walk of life, to hallow His name in all we do. How? Rev R Bredenhof explains in a sermon on LD 47:

“God’s name is hallowed in every corner of our life where we let his glory shine. Like through our faithful working in the office, and through our kindness on the school yard, through our spending at the shopping centre, and how we relax on Friday night, and what we do in a situation of conflict. In all these areas his name will be praised if we consciously submit to God’s good authority, and model ourselves after his holy character. Do we show that God is important to us, that He’s everything to us? If He is, often we don’t even have to say a word!”

Hand in hand with this, Christ urges us through Paul’s pen:

“that supplications, prayers, intercessions, and giving of thanks be made for all men for kings and all who are in authority, that we may lead quiet and peaceable lives in all godliness and reverence. For this is good and acceptable in the sight of God our Saviour, who desires all men to be saved and to come to the knowledge of the truth” (1 Tim 2: 1-4).

That is: work and pray, according to His Word. Let’s do that!

Our political responsibility in relation to ACP, CHP and ARPA 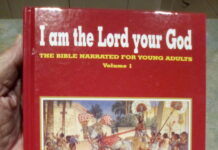 Reformed Christians and the war in Ukraine

Mike Pence on China and the USA