Marriage is a gift of God to his creation[i]

Today’s society is characterized by much confusion about the identity, place, and role of marriage. Many are bewildered and asking basic questions such as: what actually is marriage? If two people love each other, what’s wrong with premarital sex or living together? And if you happen to be married and don’t want to be married anymore, why not opt out and divorce?

If just about anything goes in our society, what is the place and sense of marriage? The question becomes even more urgent when you consider the arrival of so-called same-sex marriage. If you happen to be in love with someone of the same gender, why not formalize the arrangement and call it marriage? Is it not discriminatory to have only male-female marriages?

In this situation, what is a biblical view of marriage? How do we defend it?

God is the Starting Point

First things first. If we want to understand marriage, we need to ask where it came from. Did it sort of develop in an evolutionary way during the time that humans evolved from lower forms of life or is it a gift, a wonderful design made by the great Designer, Almighty God, who created humanity, male and female? We need to confront this issue head on. The bottom line is that marriage is not a chance idea, 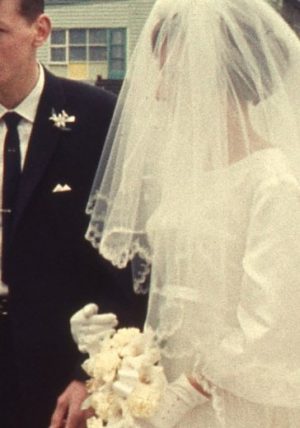 but marriage is a gift of God to his creation. So, if we want to know what marriage is really all about, we should listen to the One who designed it and gave it to us. Marriage is not our idea, but God’s!

Now many in our society would be inclined to say: “Don’t talk to me about God. I don’t believe he exists!” What do we do with that? Is that the end of our defense of a biblical view of marriage? No. We gently but firmly disagree and say that although people may deny God, such denial is done by suppressing the knowledge of God that the Lord has given to them. After all, according to God’s Word (Rom 1:19-21) all people know God is there and is for real for his power and glory is evident from creation (also cf. Ps 19). Denying God is done against better knowledge. Also their conscience testifies to the reality of God. To be human is to know and be aware of the Most High God.

And so central to our defense of marriage is God’s existence and authority. We do not need to prove this. We must tell our society to listen to the One of whom their own conscience testifies. God himself gave the paradisal gift of marriage. To him we must listen. He after all speaks to us, he speaks to us through his Word, holy Scripture. That Word is authoritative and it gives us the authority to speak to this issue in our society today. It is to God that we must listen. Indeed, does not even our Canadian Charter of Rights and Freedoms (1982) indicate in the preamble that “Canada is founded upon principles that recognize the supremacy of God … ”?

Let us now to consider God’s design and intent of marriage.

The Original Design and Intent of Marriage

We read in Genesis 1 about day six of creation, that “God created man in his own image, in the image of God he created him; male and female he created them. God blessed them and said to them, ‘Be fruitful and increase in number; fill the earth and subdue it’ … ” (Gen 1:27-28).

There are several things to notice here that are relevant for us now. First, in the beginning humans were created after God’s image. This means that their identity and task is linked to heaven, to God. One implication of this is that humans are not animals. They are clearly differentiated from the animal world by having been made after God’s image. To be human is not to be an animal.

Secondly, this is the first time in Scripture that we read of male and female. The fact that this is the first mention of gender is quite remarkable because earlier, on day five of creation, God had created the sea creatures and birds, and God “blessed them and said, ‘Be fruitful and increase in number and fill the water in the seas, and let the birds increase on the earth’” (Gen 1:22). Obviously their being fruitful presupposes sexual differences among the animals to enable procreation, but this fact is not expressly stated. Sexual differentiation is only specifically mentioned with respect to humanity. God had a purpose in that. The different genders are pointed out with humankind because unlike the animal world this sexual difference in humanity would be part of a relationship that is completely unique in all creation, the relationship of marriage, established by God himself.

So Scripture here indicates that sexual relations among animals are of a different order than those among humans. Therefore gay studies on homosexual behaviour among animals to support their cause are irrelevant. Human sexuality is of a different order and is specifically linked to the institution of marriage as revealed by God in Genesis 2. This brings us to the account of marriage in Genesis 2.

A Helper Suitable for Him

It is important to see how marriage is introduced. The order of events is instructive. Prior to the gift of wedlock, God first had man name the animals which God brought to him. Why did God do this? To help man realize his special place in creation. As he named the animals, Adam became aware of his uniqueness. He was not an animal. He was of a different order. He had dominion over them as shown by his giving the creatures each their name.

Furthermore, when he saw that all the animals were paired as male and female, he became aware of his own exceptional status and loneliness. He was a male all by himself. There was no female. He was solitary. When Adam realized this loneliness, God made a helper suitable for him (cf. Gen 2:18). This helper was by God’s design of the opposite gender, a woman, Eve. God provided the woman by causing Adam to fall into a deep sleep, taking from him one of his ribs to make Eve, and then presenting her to Adam (Gen 2:21-22).

Note, from one man, God created his counterpart, his helper suitable to him. How man jubilated when he received woman from the hand of God: “This is now bone of my bones and flesh of my flesh; she shall be called ‘woman’, for she was taken out of man” (Gen 2:23). Together they form one whole, a complete unit. So she was a helper fit for him. “For this reason a man will leave his father and mother and be united to his wife, and they will become one flesh” (Gen 2:24). In this way God established marriage. It brings together male and female in a beautiful unity and wholeness because this is how God designed and made it. They fit together. As God himself put it, he gave man, “a helper suitable for him.”

What does all this say about the marriage relationship? The words “helper suitable for him” indicate someone who corresponds to Adam. This helper is neither inferior nor superior to him, but she is his equal, his counterpart. The Lord therefore gave to Adam someone who will help him and provide deliverance from his solitude. Someone aptly wrote:

As a helper she complements him, … and she completes him. … As they come together physically, intellectually, emotionally, there is a wholeness that did not exist before. . … Man needed the woman to complete himself. That is why it was not good for him to be alone. Although it is not stated, the woman also needs the man to complete herself. When God gives the gift of celibacy, He provides grace to enable people to live in an incomplete manner. Their completeness must be found in Him. Yet that is not His ordinary way of doing things.[ii]

Marriage is a great gift of God and the Lord Jesus also underlined that when he referred to God’s instituting marriage at the beginning and said: “What God has joined together, let man not separate!” (Mark 10:9).

In marriage, especially Christian marriage, male and female bind together into one beautiful unity that excludes loneliness and gives a safe and secure haven for a deep spiritual unity and intimacy. A profound joy is found in that intimacy for a wholeness is experienced that those who are alone miss. Part of the joy is that within the safe confines of marriage in love and faithfulness God’s gift of sex can be enjoyed (cf. Deut 24:5; Prov 5:15-19).

This gift of God means that there is more to God’s design for marriage than making two individuals feel good as they form an emotional, spiritual and physical unity. This unity for mutual help is, to be sure, the first purpose of marriage. But there is a second purpose. God designed sex so that it would be directly linked with receiving children. When God gave marriage as a creation ordinance, he intended that children should be born into a family with a father and mother each having their distinctive roles. This divine design means that the family unit is the basic building block for society.

Within that family setting, new life is received by means of the gift of sex. The children born experience the blessings of having a father and a mother who are really biologically their parents. In that intimate family setting, they learn the basics that will enable them to function productively in society. It all starts in the home and the home as God has designed it is based on a marriage bond. Such a home is a strong bulwark for the children for marriage by definition is a trust relationship, a covenant (Mal 2:14), a life-long commitment as husband and wife.

As with anything that is beautiful and well-designed, once you start tampering with it, it breaks. And when something as beautifully designed as marriage breaks, it is like a magnificent vase that breaks. It becomes quite a mess. Of course, since the fall of Adam and Eve into sin, there has been a constant struggle to preserve this paradisal gift of God. Through God’s faithful favour and goodness to his creation, marriage has functioned virtually everywhere throughout history as a cornerstone of society. This preeminent place of marriage is coming under great stress today. But that topic is for the next article.

[i] This article appeared in Clarion Vol. 54, No. 1, and is reprinted here with the Dr van Dam’s permission. It is the first in a series of three articles on this subject.
[ii]. Jay E. Adams, Christian Living in the Home (Nutley, N.J.: Presbyterian and Reformed, 1972) 48.