According to recent ABC News,[i] “Non-government schools will be prevented from expelling gay students on the basis of their sexuality under new laws to be introduced by the Morrison Government”. The ABC quotes Prime Minister Morrison’s words: “Our Government does not support expulsion of students from religious non-state schools on the basis of their sexuality”. He adds: “I also know that this view is widely shared by religious schools and communities across the country.”

Well, I know of at least one body of schools that does not share that view. Nor should it. Christian Schools, based on God’s Word, ought to be able to reject practising homosexual and transgender students and teachers because such people act contrary to God’s Word (e.g. Rom. 1). (We are not speaking here about those students who may be struggling against homosexual feelings.)

The Prime Minister appears to have caved in to media and activist pressure in a pragmatic attempt to secure votes for what is seen as a crucial by-election.  That seems to be more important to him than obedience to God. Whilst the PM claims to be a Christian, political expediency overrides Christian principles here. When faith is put to a real test, it often comes out second best.

The present media focus on this follows the Federal Government’s “Religious Freedom Review”, part of which has been leaked to the media. The Review has come up with twenty recommendations and one of these recommendations states that schools should still be able to discriminate against students based on “sexual orientation, gender identity or relationship status”.  This, evidently, is unacceptable to the LGBT activists, hence the outcry.

Opposition political parties – the Labor Party and the Greens – want to go even further than Mr Morrison. They want the legislation to apply not just to students but also to teachers, gardeners, administrators and all staff in religious schools. They see discrimination based on gender as being on the same level as discrimination based on skin colour or race. No one, whether student or staff member, may be dismissed, they argue, on the grounds that they are homosexual, transgender, or whatever.

All of this is a serious attack on the Christian school. Activists are hell-bent on pressing the government to force religious schools to accept and promote their idea that one’s sex is not something one is born with (the biological difference between males and females) but a matter of gender (a human construct, or what one chooses oneself to be). They interpret sexuality to include homosexuality, transgender, and whatever gender identity you give yourself. It’s a view supported by much of the media, most universities and left-wing politicians. But it is radically different from what God’s Word says. And when a government turns away from its Christian roots, it becomes an easy target for those seeking to prevent religious schools from excluding homosexual and transgender students.

From reactions to various media articles about this it is evident that many Christians have no problem with the Prime Minister’s proposed law applying to homosexual students but, contrary to what the activists and opposition parties want, believe schools should be able to say no to having homosexual teachers and other staff. However, such Christians engage in an unchristian compromise. One person who holds to this view is the Anglican Archbishop of Sydney. He has backed Prime Minister Morrison’s proposal to prevent schools from expelling students for being homosexual but defended the right of religious institutions to hire staff that upheld the key teachings of their faith.[ii]

Ironically, the Muslims, so often defended by the ‘political left’, appear to be of a similar view. Australia’s Grand Mufti told The Australian that homosexual teachers should “not impose their lifestyle on the rest of society, especially schools which are supposed to provide an environment of learning and culture and not a club for those seeking to satisfy their desires”.[iii]

Our local ARPA[iv] recently circulated an email about this new development and other matters, adding that the events of the last few days prove that “Christian education which promotes Biblical standards of morality and sexuality is under attack”. It rightly urges us that “both the Prime Minister and this issue need to remain in your prayers regularly”. This is something we can all do. Through prayer we have access to almighty God, who has the world in His hands and without whose will nothing can happen. In God’s hands are the hearts of kings and rulers; He can direct them like watercourses for His purpose (Prov. 21:1).

Apart from prayer ARPA offers no suggestions for action at this stage, saying that presently “there are no formal opportunities to interact with the issue”. Nevertheless, we do well to be alert to these developments. In the ongoing battle of the antithesis (Gen. 3:15) there’s never a time for complacency, and the situation for our schools today seems more urgent than ever.

From Scripture we know that behind the actions of people are the unseen powers and principalities in the air.  Satan, who knows that his time is short, is out to do that which he’s been trying to do through the centuries: destroy the church of our Lord Jesus Christ (Rev. 12) and in the process eradicate the vestiges of Christianity in society. But his kingdom, which seems to have the numbers, will ultimately be destroyed and give way to God’s kingdom.

We take comfort in knowing that God’s kingdom is being established as Christ “gathers, defends and preserves His church in the unity of the true faith” (LD 21). For His kingdom is unstoppable; it is the rolling stone that survives and supersedes successive world empires (Daniel 2).

Recently church members in the Perth metro and surrounding regions praised the Lord in their celebration of 60 years of reformed schooling. It is our prayer that, if it may please the Lord, these schools may continue to function in the service of the Lord for many more years. But we also know from His Word that at the imminent return of the Lord Jesus, things will be very difficult for Christ’s churches.

The late Rev J Kapteyn once said: “we know from God’s Word that the time will come when we won’t have these [reformed] schools anymore”. He adds that: “Before Christ returns all your schools will be closed, the Board deposed, the staff dismissed. In the antithesis, the seed of the serpent will for a short while have the upper hand.”[v]

Both Canada and here in Australia we see ominous signs that this may well become a reality sooner than we may have thought possible. Attempts to force religious schools to cater for homosexual and transgender students show how Satan is busy pressuring Christians to accommodate the spirit of Sodom and Gomorrah.

In God we trust

For we confess that the God who destroyed Sodom and Gomorrah, and who fulfils His grand purpose in the coming of His kingdom, is the same One whose love for His children is so great that He purchased them with the precious blood of His Son. In Him we trust and find our only comfort. We know that when the fire of God’s judgement has cleansed the earth, he will usher us and all His chosen ones into the eternal Paradise of God, the glorious new heaven and new earth.

Meanwhile, with the words of Luther’s famous hymn, we will continue to trust in God, our mighty and unfailing fortress and Helper. We cannot confide in own strength, but with Christ on our side the battle will be won.

And though this world, with devils filled,
Should threaten to undo us,
We will not fear, for God hath willed
His truth to triumph through us:
The Prince of Darkness grim,
We tremble not for him;
His rage we can endure,
For lo, his doom is sure,
One little word shall fell him. 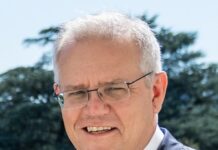 Our political responsibility in relation to ACP, CHP and ARPA