(This article by Klaas Schilder, first published in a church magazine in 1921, was translated by Rev. J. Moesker and is published here with Rev Moesker’s permission.)

It was carnival time again. And evil things were bound to take place; drunkenness, loud music, night-life, immorality, lewdness. That’s what happened every year. So some people established an anti-carnival committee and asked me to speak at a gathering. I wasn’t too enthusiastic about everything this organization stood for, but I agreed to the request because I was allowed to say what I wanted.

So I spoke on a certain evening about the peculiarity of the fact that there are liberal and completely decent people who maintain a lot of what is right and respectable, who gladly work for the “good of all”, who are busy with all kinds of philanthropy, who shed tears for charitable organizations (“neutral” ones), who set up homes for girls in trouble, using government grants and money raised at bazaars. People who build rehab centres for alcoholics, or who take measures to protect the lives of illegitimate children – but who, every year again, wipe away all opposition to the vote in favour of this foolish form of entertainment for lifeless souls and foolish rabble. I went so far as to say that they act like people who have lost their senses.

By way of illustration, I told them that I had once read a sermon by the well-known American evangelist Billy Sunday, in which he stated the following: 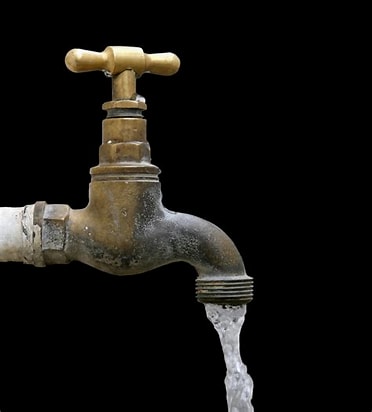 Do you know what they do in some insane asylums when they want to find out if an insane person has come to his senses again? They put him in a room with a stone floor and a running water-tap, and they give the patient a mop and tell him to mop the floor dry. If he has enough sense to turn off the tap before commencing to mop the floor, he is discharged from the institution. But if he leaves the tap running, it means that he is still insane. That’s what you’re trying to do. You’re trying to mop up with taxes on alcohol, with asylums, jails, therapy and institutions for rehabilitation. But the thing that you should do is – cut off the source!

Thus far Billy Sunday! Now I wasn’t going to speak there about what the government is supposed to do about substance abuse, though that’s what Billy Sunday had in mind. I only used his illustration because it shows very clearly the foolishness of doctors who are upset that they have to treat “carnival girls” who have been sexually mistreated in Rotterdam during carnival-time, but who are nevertheless in favour of carnival. It illustrates the foolishness of government officials who take measures against lewdness, and who never-the-less encourage it themselves again with carnival parades and drinking. It shows the stupidity of those who speak out in favour of decent work and its necessity in society, but who nevertheless greet all that ruins decency with broadminded tolerance.

When I was finished speaking, I was nicely thanked on behalf of the committee. Afterwards various others were given the floor. I remember especially one person who had a passionate speech to persuade people not to take part in the carnival. He spoke long and loud, moving his arms and rolling his eyes and stamping his feet, as if it was a matter of life and death. A zealous man, I thought. He’s fully aware of the dangers of carnivals. And even though his speech left some things to be desired as far as civility is concerned, I thought: this speaker is doing his best to mop the floor dry. He’d love to turn off the tap…

But those thoughts received a sobering letdown the next day. I had just visited a sick person, a member of the Reformed church. We had spoken about things that occupy the heart in times of sickness, and it was a joy to speak with that person. But just when I closed the door behind me to go home, I came face to face with the speaker of the previous evening at the anti-carnival meeting.

He greeted me in a friendly way, most likely because I had been his colleague who had helped him mop the floor the previous evening. I like a collegial feeling like that, as long as it finds confirmation in fact. But that was lacking here. For now this man antagonized me. Even though he greeted me and touched his hat and smiled at me, I noticed under his arm a large bundle of newspapers. I won’t mention the name of the paper he was carrying. Let me just say this: it was a very liberal rag, one of the worst kind. It was one of those sensationalist newspapers, full of useless articles, anti-Christian or at least indifferent to Christianity, a paper in which only a tiny comer was reserved for church or faith, but in which all kinds of room is given for coverage of sports and cinema and a variety of immorality including the carnival. And with his free hand he greeted me. My anti-carnival friend then put one of those pro-carnival newspapers into the mailbox of my Reformed sick person.

On the previous evening we had exerted ourselves together in mopping up. But now he left me in the cold, and he turned on the tap which I had tried to shut off. And he still does that. I’ll keep an eye open for him when it’s carnival time again. If he shows up, I’ll tell him about his news rag.

Fortunately on the next visit I was able to convince my sick friend to subscribe to a Christian newspaper. I wrote the subscription out myself and mailed it. But I’m not finished yet…

Oh you Reformed people, you orthodox ones. Why do you call ministers to mop the floor, why do you elect elders and send out evangelists to mop the floor while you don’t turn off the tap; the tap of the press, the media, etc? In other words, why do you read the “Rotterdam News” or the “Rotterdam Daily” or “The Telegraph” or “The Paper”, why so many other godless or antireligious papers while you let your own media struggle to keep publishing? If you can pay for the other newspapers by the week, why not do that with our own papers? Is it because the others are cheaper? Well, our papers can compete fairly well yet because others contribute extra to cover what you withhold. But even if they would be three times as expensive, then you’d be to blame for that too. The haters of religion profit from your two dimes a week and put it towards their anti-church activities again. And our Christian media – they’re left looking for your two dimes. And they won’t get them.

And what happens later on? Well, later the consistory has to make a visit to your son because he has joined an anti-Christian labour union. Then the consistory is supposed to mop the floor of your house. But you opened the media-tap for him every day at home, and you kept from him the values and views which expose the lies of the modem trade-union movement.

Later your children, as soon as they’re able, will go to dirty shows – twelve murders, thirteen break-ins, and one adulterous relationship for some money. And then the minister is allowed to come to your place to mop the floor. But you have left the tap wide open. After all, in the ads and reviews the stars are glorified as if they can show what life is really all about and can save the world. And your son learns from the paper where he can go to take part and to dance and what not.

Later you’ll complain about the ignorance among church people about church matters and church trends. You shake your head about members of your church or even your family who don’t know anything about our schools and our political task. And the minister has to go to meetings to save what can still be saved. He has to mop the floor. But you leave the tap open. And when the minister exhorts you about your Christian calling with respect to the Christian media, then you turn the dime that is meant for our media over and over – that dime which your family later puts into the modem trade union movement which murders the church and proclaims revolution, or it ends up in the cash register of the cinema, with the powdered ladies.

Whoever speaks out at anti-carnival meetings should not be the deliverer of godless papers. And do me a favour. If this article applies to you or to one of your friends, don’t say: That Billy Sunday sure knows how to say it – only to go and drink a cup of coffee again. Write out subscriptions to a Reformed paper yourself, and invite your friends to do the same. And stop your subscription to that so-called “neutral” paper.

And do it right away, please.

Remember your own local media, especially the church magazines. If you’re serious about mopping up, make sure you turn off the tap. Right away! That’s the requirement for a sound mind. It’s also part of being upright and godly.

Netflix and that sort of stuff